This is a completely off topic post about my personal life.

I’m now back at home after one week at hospital due to chest reconstruction.
Since my teens I’ve got Pectus Excavatum, a chest deformity where the chest bone is deformed and gives the chest a concave appearance.
Pectus affects about 1 out of 1000 people.

In my case, the PE was not only cosmetic, it also gave me chest pains when deep breathing and also putting pressure on my heart.
When I was a teen, the only way to fix the problem was to cut the ribcage open and cut everything off and then rebuild a new chest.
That alternative wasn’t very appealing to me so I did not do anything about it at that point.

However, now some 20ish years later, I found out about the Nuss procedure, a procedure where you implant a steel bar into the chest, putting preassure on the chest bone and ribcage from the inside and thus forcing a correct shape.
The Nuss procedure have apparently been around for some 10 years, but I guess there are no newsletters for that kind of information ;-)

The reason why I write this post is because I found it very hard to find information regarding Nuss for adults, e.g. information about how long I should expect to be off from work, and what results to expect from the procedure.

So here are some facts.

Age: 34
Pectus: Mild/Medium
Procedure duration: 1.5 H
Time in hospital: 6 days
Pain after procedure:  Way less than expected, was up and walking the day after.

Current status: 9 days since procedure and I feel quite OK with some occasional pain spikes.
Putting on socks or getting in and out of the car is extremely painful.
And don’t even think about sneezing ;-)

As can be seen on the “before images”, my chest bone was sunken into my chest by some 2-3cm.

These images are taken 9 days after the procedure.
The steel bar was inserted just below my man-boobs (where the tape is).

I will now have the bar for about 3 years before it is removed and hopefully the bones have been re-shaped by that time.

Changed my diet after the surgery, got rid of the worst parts of the pot belly.

I guess I can’t get through airport security checks anymore… 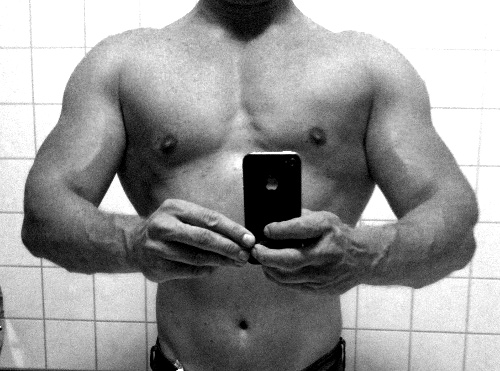 Pretty much back at the strength and size I was when I was 20.
Benchpressing 140kg with the nussbar inside :-)